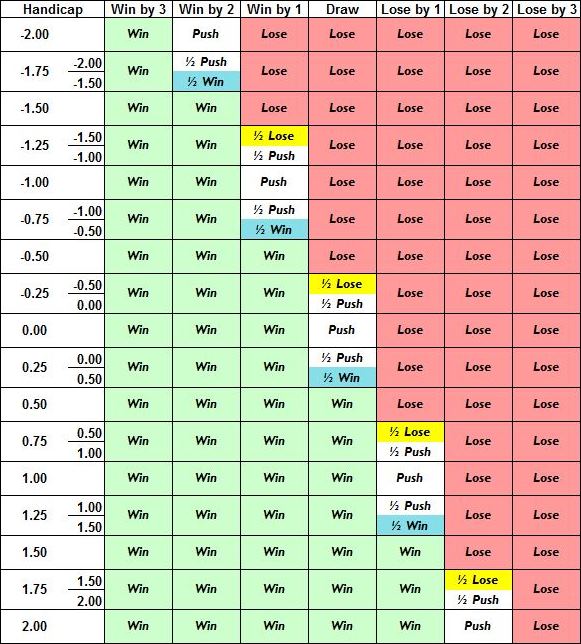 Traditional soccer betting has three results – one team wins, the other team wins, or there’s a draw (tie). This type of bet is abbreviated as 1X2 – home win, draw, away win. Only the result after ninety minutes counts. (The exception is Live Betting on Asian Handicap, where bets are settled according to the score for the remainder of the game/half after the bet has been placed, e.g. any goals prior to the bet being placed are ignored for settlement purposes.)

Asian Handicap works on the same principle as spread betting – the weaker team gets a boost to even up its chances and to give bettors more value for their bets.

At the start, 0.5 was the only Asian Handicap bet available, and it was easy to understand. +0.5 simply canceled out the draw. To cover +0.5, the underdog has to win or draw. Every other time the favorite wins.

The Asian Handicap concept has proved so popular, however, that many more bets have been introduced. So many, that it’s easier to figure out who wins by looking at the table at the top of this document.

So if you see a handicap of +1.25, your bet splits in two. Half the stake goes on +1, and the other half on +1.5. The half-stake on +1.5 will either win or lose, as usual. If the winning margin is 1 to the favorite, then half your bet pushes, and the other half wins because that spread was covered.

Asian Handicap lines can look a little random when you see them first, but when you look at the table, there’s a clear pattern to how the margin between winning and losing moves, just as there is in more conventional spread betting. Using the table you’ll quickly get used to how the system works.

Let’s go through an example. Think of a $100 parlay that has six selections at even-money each (price of 2.00). 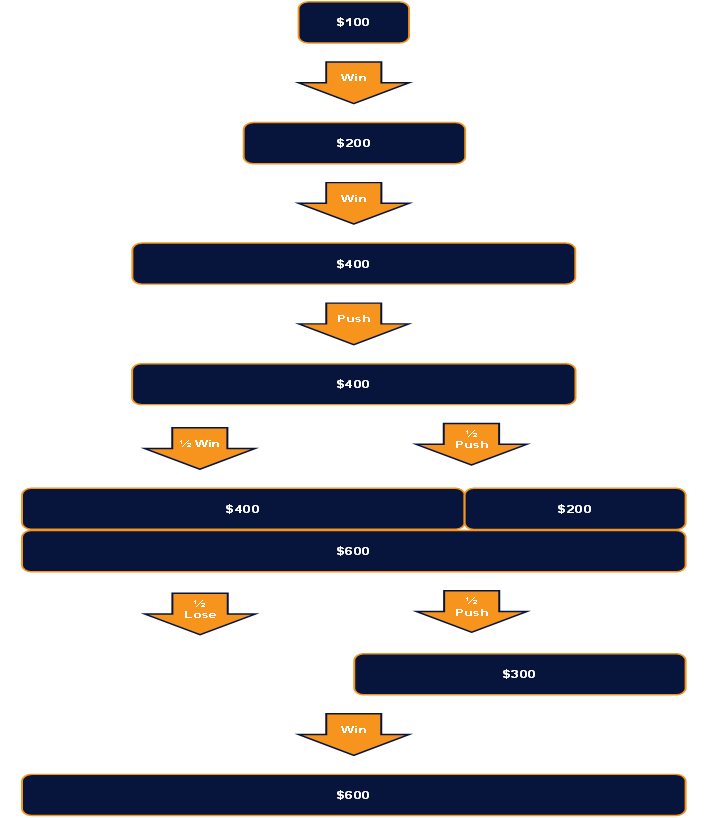 This chart demonstrates the result of an Asian Over/Under bet based on the total goals scored in the game by both teams combined. 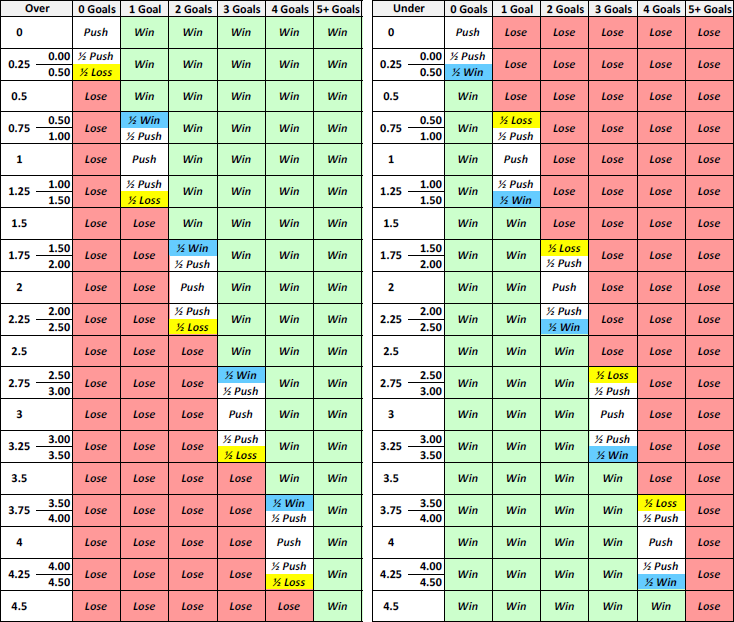 More articles Related to these Topics how to bet, rules

Was this help article helpful?

How to place a sports wager (Beginner's guide)

Can’t find what you’re looking for?

Our award-winning customer care team is here for you.